Die Robot is an American Alternative Rock, Electro-Industrial band. This is future rock in a post-industrial age. Their sound straddles rock and electronic with a wide appeal. Unique, haunting, and romantic, Die Robot is full of angst and soul with the groove of a predatory animal.

Their name came about while watching the first Alien film. Bassist Barbie Saint shrieked “Die Robot!” as Ripley fought Ash the Android, and there they had it. "The four piece is techno punk; Colorful, energetic, a little bit sci-fi and a little bit Mad Max. Post-apocalyptic entertainment you can dance to"

Their New Album "Fanatics" will be release very soon. Two singles from it, "Fanatic" and "Talk City" are now available on all digital platforms plus dozens of live videos are out on their official YouTube channel.

In 2019 Die Robot released "Technopunk Remix'd" a collection of new mixes and remixes of Die Robot's album "Technopunk" From hard beat dance techno to symphonic sexy remixes.
All songs Written by Vince Christian and Barbie Saint with remixes by, Antonym, Damascus Knives, Nando, Pyrolizr, Empath of the Empire, Fractured Machines, Neon Distortion, Black Agent, Omniphex, Synth Witch, RMLfx, Particle Son, Diverje and Killer Couture. This has some excellent stompy and clubby remixes that are playing very well at the clubs with some club hits like 10.000 Years Dance til you Die Remix and Virtual Life Antonym Remix among others.

In 2020 the year of the apocalypse, Die Robot played a sold out show at Science Museum Planetarium OMSI, to then go on lockdown for the whole year, just like any other band in the world. Postponing 10 shows and 4 festivals, they released the single "Fanatic" and a series of song remixes videos. They also participated in a few virtual festivals and live streams, including Mechanismus Fest and Blackpool Festival in the UK.

In 2021 with the world starting to go back to normal, Die Robot released the single "Talk City"
Talk City was written with lyrics addressing the spread of misinformation and the resulting distrust that pervades modern society. The song has a very clear message. That is one should not believe everything they read or hear in the media,  but rather, research and find the truth.

During the fall of 2021, Die Robot went on tour with DK-Zero, playing some shows in various west coast cities and in 2022 Die Robot played many festivals and shows around the US including Dark Side of the Con, Mechanismus Fest and Absolution Fest. Their New album "Fanatics" will be coming out very soon!

08/14 - Portland, OR Die Robot anniversary show at the Star Theater

NEW SINGLES FANATIC AND TALK CITY OUT NOW ON ALL MSP! 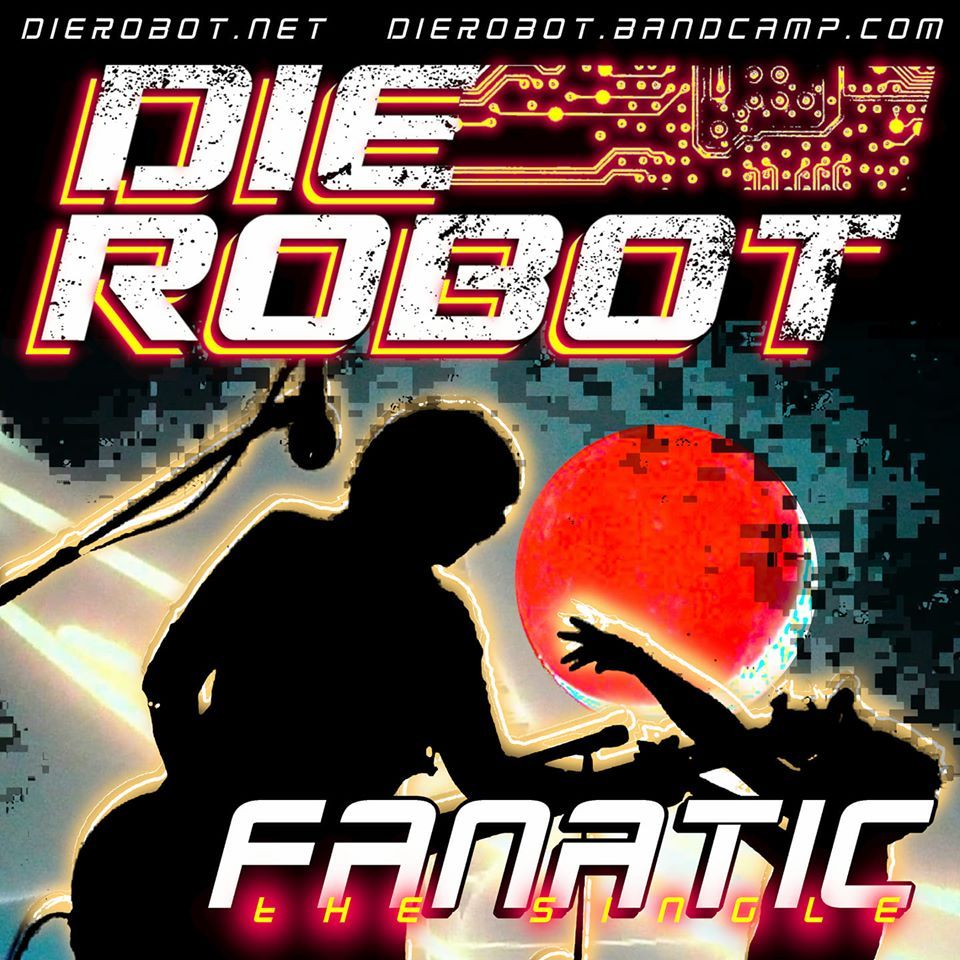 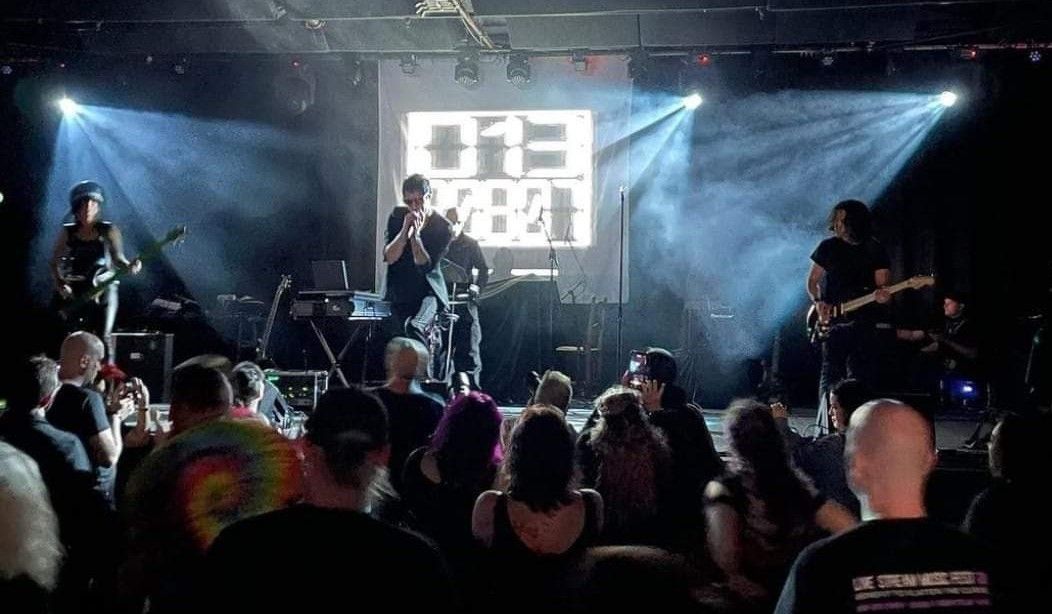 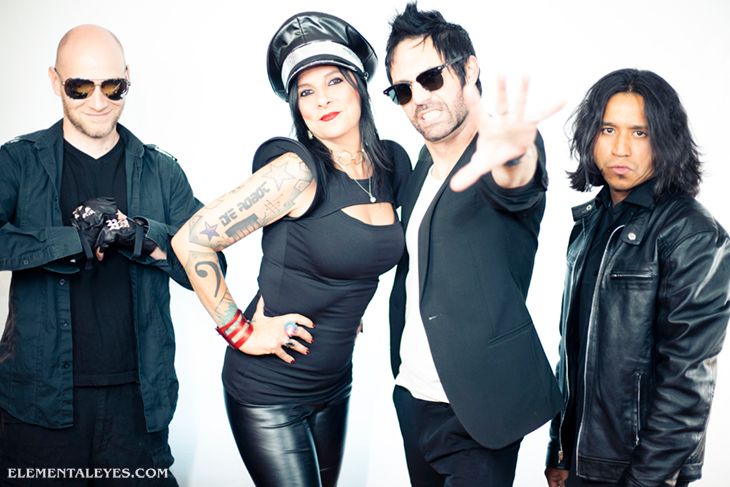 Vince Christian (Vocals / Programming)
Barbie Saint (Bass / Keys / Programming / Electronics / Vocals)
Rosmic Z (Guitars)
Sean Learn (Percussion, E Drums, Keys)
Zane Hamilton (Studio Sax)
John Case (DR Producer / Studio Keys / Modular Synth)
Former Members:
Die Robot has invited other musicians to perform with them live and in the studio and they will continue to have them.  For Die Robot Debut's era self title EP, Zane Hamilton played live and studio sax and keys, Charles Beasley played the shredding guitars and Josh Ketterer later joined them live playing the industrial guitars. During 2017 and Technopunk EP era, they had a live synth/keys player, Uriel and Brandon A Sills (Amerakin Overdose) played lead guitar samples for some of the tracks.
For the Portland Industrial Goth Festival PIGFest 2 and a few other shows during 2017/18 Jared Scott (of Particle Son) played guitars on the new version of The Underground and he joined them on stage again for the Stabbing Westward show. Angela Johnson played live electronic percussion from 2014 to 2018.
For the last few shows of 2018, Yvette Lera played live keys and sampler percussion. During 2018 and the first few shows of 2019, Heath Nunes played guitars live. Heath also recorded guitars on their cover of Fortunate Son for the Riveting Music Protest Songs Compilation Album.
In 2019 Zane Hamilton joined them back in the live lineup playing keys and electronic drums, and finished their 2021 tour to became a studio collaborator and invited live musician occasionally, and Rosmic Z is Die Robot guitar player live and in the studio to present time.
Barbie Saint and Vince Christian are currently in the studio with Rosmic, Zane and John recording their new album: NEW ALBUM "FANATICS" coming out soon!

Die Robot Technopunk Remix'd is out now in all major music platforms via Enfected Records and sponsored by RMLfx, CD Baby and XRAY.FM.

The first single from their debut EP "The Underground" was included in The Lovecraft Bar Compilation Record Vol. II.

All Music & Lyrics by : Barbie Saint and Vince Christian. 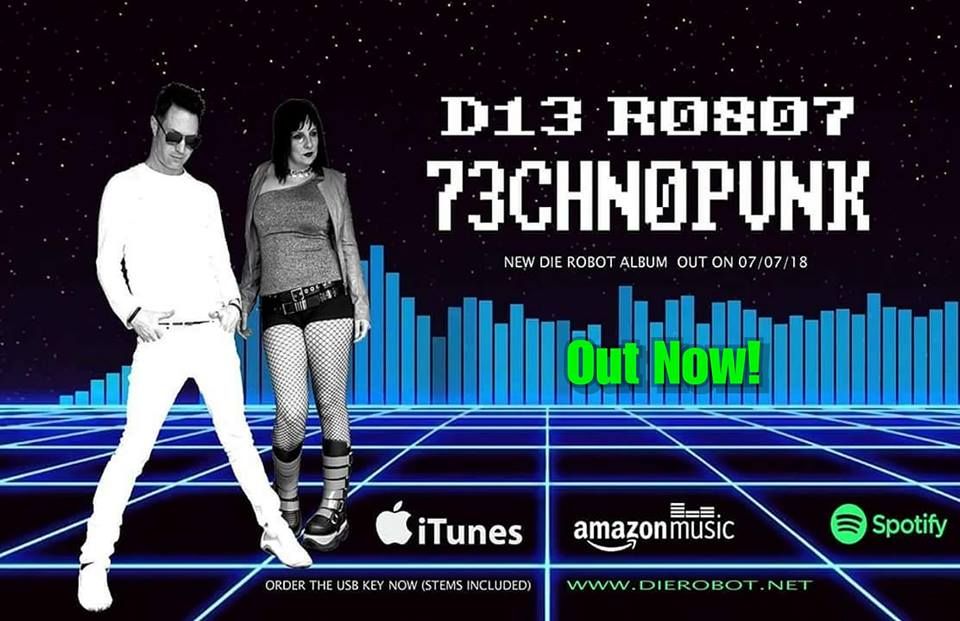